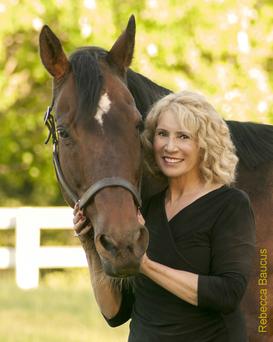 Jo Anne Normile, principal of Normile Racehorse Protection Consulting, advises senators, congressmen, filmmakers, legal firms, rescues, and humane organizations on all aspects of racing pertaining to the welfare of the Thoroughbred racehorse and the integrity of the industry. A former breeder and owner of racehorses as well as an elected member of two of racing’s most influential boards, Normile knows the industry from the inside.In addition to her consulting work, Normile founded two successful horse rescue organizations: CANTER, the first organization to take Thoroughbreds right from the track to safe havens and which now has chapters across the country; and Saving Baby Equine Charity (www.savingbaby.org), for which she currently serves as president. She is also on the board of directors and secretary of Animal Advocates of Michigan and is a member of the Equine Welfare Alliance as well as an active advisory board member for the documentary film, Saving America’s Horses: A Nation Betrayed.Normile has received the Catalyst of the Year Award from the Michigan Horse Council for her “significant contribution to the Michigan horse industry” and the prestigious national Dogwood Stable Dominion Award as an “unsung hero of the racing industry.” She was described in The Thoroughbred Times as having “rescued more horses than any other organization in the equine industry.” Normile has been written up in The New York Times, The Chicago Tribune, and The St. Louis Dispatch as well as in The Blood-Horse, the Daily Racing Form, Equus, Horse Illustrated, ASPCA Animal Watch, and numerous other publications. In addition, she has appeared on CNN and many local television broadcasts. Normile’s dedication to horses includes research on equine self-mutilation syndrome and compulsive behavior in formerly feral horses, which resulted in her coauthoring studies that appeared in the prestigious Journal of the American Veterinary Medical Association and the Journal of Applied Research in Veterinary Medicine. She was also cited for her contributions to a research paper published in Food and Chemical Toxicology about the public health risk of selling horsemeat laced with phenylbutazone, or “bute,” routinely given to Thoroughbred racers.Normile has provided exhibits for a watershed Congressional hearing on the use of drugs in racehorses and has been an invited speaker at equine safety meetings around the country, including the International Horse Welfare Conference and the American Equine Summit.She lives with her husband, John, and Scarlett, age 22, a new barn friend, Cash, and two burros in Plymouth, Michigan.